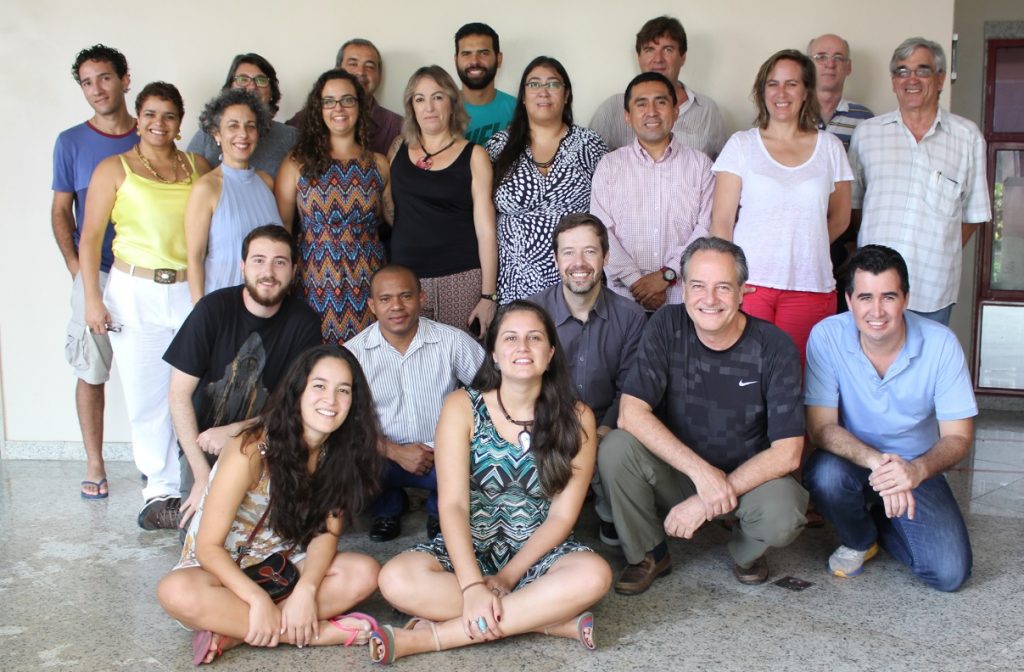 Meeting of the board, partners and staff of Casa Fund with the leaders of the new socio-environmental funds in South America

The CASA Socio-Environmental Fund was created to be a South-American fund that funds projects in the large regional biomes in an integrated way, notwithstanding geopolitical borders. After all, forests and rivers do not respect imaginary lines separating nations. Protection of biomes is in the hands of persons from different countries, distinct languages and cultures, but who still share large common territories, with the same objective of preserving the life of important planetary ecosystems. During its years of existence, the CASA Fund developed a successful work strategy that resulted in over 1,800 supported projects in ten South American countries. This outcome was only possible because of an intelligent management model and a network of partnerships and trust that grows and expands continuously. The sum of these factors makes up the social technology developed by the CASA Fund.

The CASA Fund is the only South American fund set up by local environmental activists to support the most vulnerable population of our region. With this experience and lessons in hand we thought: wouldn’t it be more effective if our partners in each country invested in setting up their own local socio-environmental fund?  They are even closer to the dynamics and needs of their countries’ vulnerable populations. Imagine how much more would they be able to do for the caretakers of those important territories – the same ones who continue to be the most excluded and invisible in our societies? With their proximity they would have better conditions and greater agility to deliver funds to those groups.  The closer a fund is to the needs of the field, the most effective it can be in its response.

Bearing all this in mind, the CASA Fund decided to offer its technology to partners in the neighboring countries with whom we have always worked. Received with great interest by them, this idea was then presented to strategic financial partners, such as the Inter-American Foundation (IAF), and they immediately decided to support the replication of our model. Currently, local funds based on the CASA Fund technology are initiating their work in Bolivia, Colombia, Ecuador, Paraguay, Peru, and Argentina. Creating these funds is not a fast process, each reality imposing its rhythm according to local characteristics. Long-standing CASA partners and well-known leaders in the socio-environmental field are heading these initiatives in their respective countries. 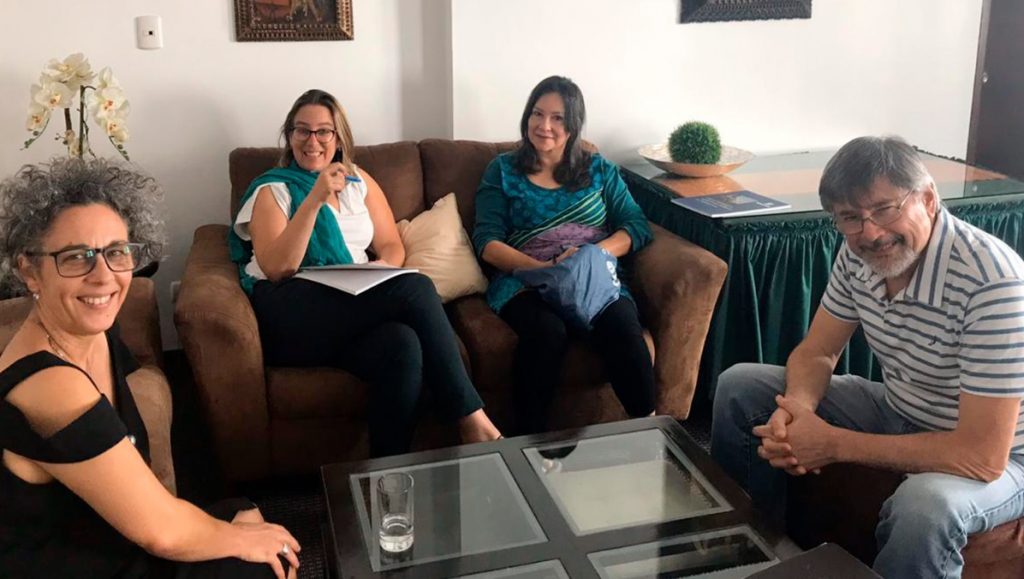 One of the inspirations for replicating the model of a socio-environmental activist fund comes from the women’s funds.In the last 30+ years, they have set up their feminist activist funds throughout the world, and today there are over 40 funds entirely focused on mobilizing resources to promote gender equality. These women’s funds are organized in a large network and they work together on their common agendas with tremendous efficiency. Socio-environmental funds have come about more recently, and given the thematic nature and broad territorial scope of our work, where grants are offered in various contexts and to a very diverse public — from forests and rivers protection to countryside and cities folk, women, indigenous people, quilombo communities, urban peripheries, riverine population, family farmers, artisanal fishing villages, among so many others — this unique vision of the world has required dedication to be better explained to the international philanthropic sector. What has finally helped to explain this approach has been the higher visibility of certain planetary environmental agendas, such as climate change. The need to preserve the world’s natural landscapes responsible for global climate regulation, has brought a new interest to the populations who inhabit these important regions. It is becoming increasingly clear the need to support their life projects so they can continue their roles as the true guardians of these important places. This new comprehension of local funds, that are capable of offering the grantmaking mechanisms that can reach these populations finally puts socio-environmental funds in the global agenda.

People may ask themselves why should we create more funds in such a complex moment for the planet? Would this not create competition for the same scarce financial resources? We do not think we are increasing competition, just the opposite; we are creating new spaces to influence, at national and international levels, and potentially creating new funding opportunities that neither of us can currently generate or access. We become stronger because we share a relevant world view, and also because we are united for a cause much bigger than all of us. In addition, the Casa Fund, though intimately involved in the socio-environmental networks of South America, cannot raise all the needed or available funds for all of these countries. Also because the available funds are country specific, directed to local organizations, and cannot be accessed by us.

Another reason is that grants that are made in local currency are much more effective than any international donation, even if they come from a neighboring country. Quite often, groups are so small they have no bank accounts. The arrival of funds in a foreign currency would be unviable. These communities need funds to protect their territories and ways of life. However, they cannot access these grants; they have not developed the required capacity yet. In most cases, they do not even know of the existence of these funds. Supporting these groups strengthens the democratic fabric and empowers their voice in society. Once made visible by these first time grants, they increase their networks of relationships, and then they can finally reach other sources of funding. With active local networks, the reach of these organizations greatly expands.

And very important to note, there is a nascent domestic philanthropy in “emerging market countries” that need to be strengthened. Only genuinely a local fund will be able to stimulate the growth of the philanthropic field within its own country.

With the building of these South American funds in movement in the last four years, we have also been introduced to another exciting possibility. In Mozambique, Eastern Africa, the local Tindzila Fund is being created to support local communities to generate income while protecting and regenerating natural landscapes across their territory.  They came to look for inspiration in the social technologies developed by the Casa Fund. A Mozambican team, led by environmental lawyer Dr. Alda Salomão, came to visit Casa Fund’s office in São Paulo last February to exchange experiences and take a closer look at our working structure. In this exchange, the Casa Fund made available all its management model, contracts, its horizontal managerial approach, forms of organizing boards, and the functioning of its network of partners. And we will continue to support them from now on with any local funding structure and development needs. 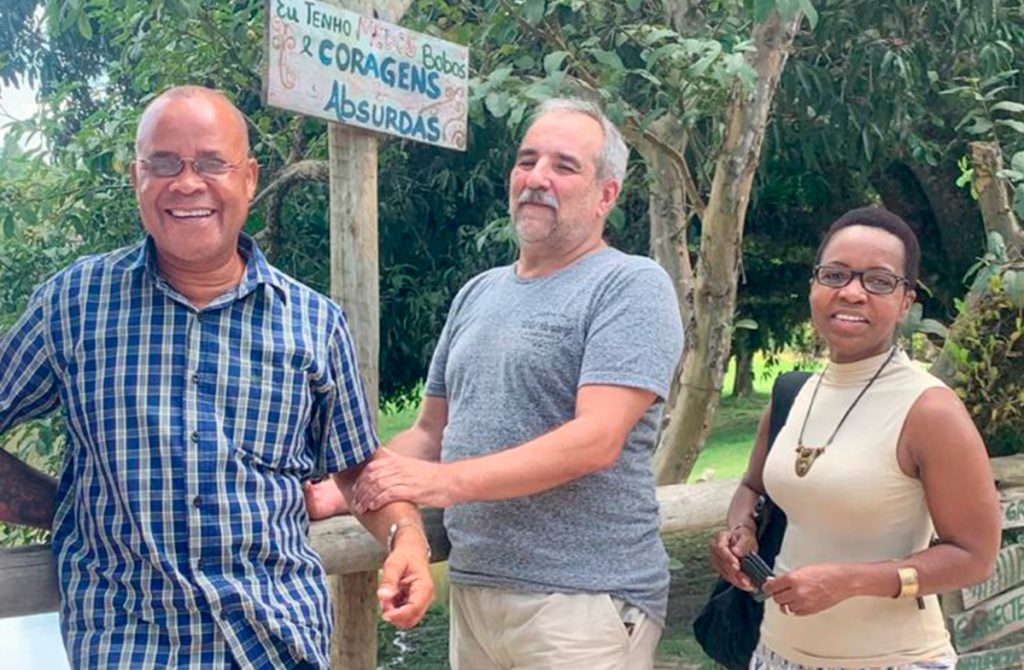 The seven new socio-environmental funds are now part of a network that include Casa Socio-Environmental Fund in Brazil (also funding the South American countries where local funds still don’t exist), Fondo Acción Solidaria-FASOL in México, Fundación Tierra Viva for Central America, and Samdhana Institute for Southeast Asia, besides local NGO/funds in our expanded network that support groups in similar forms in Asia, Africa and Eastern Europe.

During the process of consolidating these new funds, a few “planetary” moments have helped reinforce even more the value of this initiative. Three specific points help to understand it:

Local funds are not only the most efficient and accessible form of support to organized civil society in the Global South, they are also the ones with the best cost-benefit. And in the current state of things, they may be the only real option. The Casa Fund will be happy to collaborate with other socio-environmental activists anywhere in the world to organize their own grantmaking structures. If global philanthropy is rethinking its funding options due to the economic crisis that is becoming evident, perhaps it is worth to pay more attention to the local socio-environmental funds, established by people who know their territories profoundly, and therefore can propose the most appropriate solutions for their countries; and who also possess the most efficient and effective means to reach those who, at this time, need to be supported the most.