Inspired by the growing involvement and leadership of women in the field of philanthropy in the Global North, five years ago we started a research and action programme – ELLAS – Women and Philanthropy – to promote the participation of women in philanthropy in Latin America. After some research we realized that this growing involvement of women was, apparently, not the case in our region. Women at the top of our societies were not getting richer, were not becoming the new philanthropists, nor creating their own foundations. However, there was no doubt that women in general were playing a key role in expanding democracy, defending human and women’s rights, protecting the environment, and pursuing permanent peace and justice – in the most inequitable region of the world. Also given that philanthropy in the region is not driven by those at the “top” of society (even worse, those at the “top” are practically absent from the philanthropic sector), we were compelled to look at what was happening at the community level. Our hypothesis was that there was an invisible community philanthropy movement at the grassroots of society, mainly led by women that were sustaining and expanding democracy. 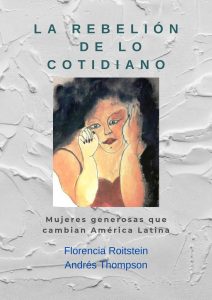 With financial support from the Global Fund for Community Foundations, we launched an award called GENEROSAS in order to: first, reach out to and capture the attention of those women at the grassroots; and, secondly, to dig into their stories and practices. More than 80 women from 17 countries were nominated for the first GENEROSAS award. With the help of an evaluation committee, we ultimately identified three winners, as well as an additional 20 individuals who we thought deserved to have their stories shared publicly.

The first winner is Lucinda Mamani Choque, a Bolivian teacher at a rural school in Calería (by Lake Titicaca), who is a member of the Aymara indigenous community. She created a youth centre for Aymara’s girls, has introduced gender violence and discrimination against women as topics in her teachings, and continues to lead public campaigns for the preservation of Lake Titicaca and the communities that surround it. The second winner, Sonnia Estela España Quiñonez from Guayaquil, Ecuador, leads the Afro-Ecuadorian Association of Progressive Women. The Association created a social business called Africa Mía that runs many initiatives: a traditional food restaurant; sewing workshops for women; promotion of community tourism; and, micro-credit schemes for their members. The third winner is Rosa Vilches Valencia from Chile, who works in the northern city of Arica and aims to generate jobs in the construction business for women, while also mobilizing women to advocate for their rights. These stories, and more, ended up in the e-book: “La rebelión de lo cotidiano. Mujeres generosas que cambian América Latina” (or “The rebellion of the everyday. Generous women changing Latin America”).

What do these stories, coming from a diversity of community settings in Latin America, tell us? First of all, that the simple fact of shining a light on them (through the selection process and interviews) was extremely important because it is needed recognition of their work. These are women that have been fighting collectively, against all odds, to move their causes forward with little or no support from donors or governments. Their strength and power lies not in the funds they can raise but in the variety of human and material resources they can mobilize. Visibility and recognition for them means “We are not alone.”

Second, these stories show us that communities are not the place where just the “good guys” are. In every community the good, the bad and the ugly interplay all the time: drug dealers, human traffickers, patriarchal structures, corrupted security forces and suspected politicians interact, negotiate, and struggle with community initiatives to improve the quality of life for all, in particular women. The tensions among the various players are present all the time.

“These are women that have been fighting collectively, against all odds, to move their causes forward with little or no support from donors or governments. Their strength and power lies not in the funds they can raise but on the variety of human and material resources they can mobilize.”

Third, these women are philanthropists (even if they are not aware) though they are not wealthy ladies in the traditional sense: they are activists and militants, they give in a variety of ways, they bring together people, they innovate and create new forms of addressing old community issues, they mobilize resources – including donating their own houses for a library, a school or a centre for battered women. They put their own lives – their largest asset – at risk.

Fourth, they are creating an alternative narrative about community development that goes well beyond the classic idea of providing essential services like water, transportation, sewerage or electricity. They are rather tackling problems like gender violence, communications, bio-cultural heritage of indigenous people, racism, or sexual and reproductive rights. They are embracing the new paradigm of “Buen vivir.”

Fifth, they deal with power all the time. They confront power, for instance, when they question how the judicial system and the police deal with pregnant adolescents, when they demand action from the local authorities, or when they challenge the media on how they describe and stigmatize their black or mestizo neighbourhoods. They fear the power of paramilitary groups that kill people for no reason in their territories, or of human traffickers that kidnap their daughters, or of drug dealers that steal their youngsters. They continuously build their own power when they decide to organize and act instead of remaining passive. The power shift is permanent.

In other words, what the stories of “La rebelión de lo cotidiano” are telling us is that when philanthropy and generosity are deployed at the grassroots level addressing the burning issues in communities, this is essentially a political struggle that deals with power. Furthermore, that these women are at the forefront of this unequal political battle, and expressing more than anyone else why “gender matters” and is key for the development of Latin America. 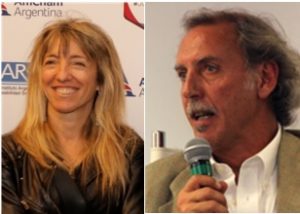