#ShiftThePower Manifesto for Change: Where it started and where we are now 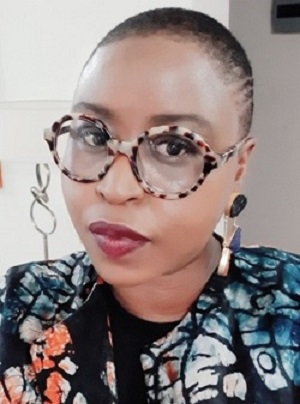 It was three years ago – in what feels like a very different world – that a small group of community development activists and practitioners from Sub-Saharan Africa, South Asia, and the UK met up in London. The meeting was held the day after the 2019 Bond annual conference. Its purpose was, in short, to “take #ShiftThePower to the next level.” At that meeting, the draft #ShiftThePower Manifesto for Change was developed.

The idea behind the Manifesto was to help move beyond the rallying cry advocating that another way of “doing” international development aid and philanthropy was both necessary and possible, and towards something more concrete and tangible. The Manifesto lays out nine key points – outcomes to move towards and others to move away from – that together could contribute to “genuine alternatives of deciding and doing.”

What the #ShiftThePower Manifesto for Change means to our partners

In January 2022, an animated video showcasing each of the nine points of the Manifesto was released over the course of a week in English, French, Spanish, and Portuguese. GFCF and #ShiftThePower partners joined in, amplifying the messages among their own networks around the world. Once the campaign had wrapped, we checked back in with our partners on what the Manifesto meant to them.

Rasha Sansur, who works for the Palestinian community foundation, Dalia Association, said: “The reason we align with the Manifesto for Change is because it calls for dignity in development by moving away from seeing communities as ‘problems to be solved.'” New narratives are important to the Covasna Community Foundation in Romania, too. Director Kinga Bereczki reflected that: “It is important to share positive thoughts and ideas, which take change in a good direction… [emphasizing trust and local values], which exist already.”

In Mexico, the community foundation network, Comunalia, has been working with its members to help them find working methods that appreciate and unlock the inherent power of the communities they serve. For Tatiana Fraga Diez, Executive Director, “The Manifesto [gave] us a useful framework for a common understanding of what local development means.”

In Bolivia, meanwhile, Eduardo Franco Berton of Fundación Semilla – part of a growing network of socio-environmental funds across Latin America – said that the Manifesto matters “because…we believe that in order to protect the important biomes and ecosystems of our country, we need to invest resources in the ways of life of the traditional populations of these territories, in a broad, agile and decentralized way.”

The Manifesto’s emphasis on different kinds of tangible and intangible assets resonated particularly with Micheline Wendyam Kabore, Director of L’Initiative Pananetugri pour le Bien-être de la Femme in Burkina Faso, a member-based consortium that works with women and girls with the goal of building a movement of Francophone West African feminists. She says: “#ShiftThePower insists that money is not the only central driver of change, there is more to offer in addition to funding…We are therefore convinced that when power is truly transferred to the community level and people feel that they own – and even contribute to – their own development, the results are better and more sustainable.”

The Manifesto’s assertion that a good society can only be achieved when citizens see themselves and their resources as central drivers of change particularly resonated with Ibrahim Tanko-Amidu, Director of the STAR Ghana Foundation. STAR Ghana was initially created as a multi-donor pooled funding mechanism, but has recently made the shift to become an independent Ghanaian foundation. He says: “At the centre of our work is the promotion of active citizenship and local philanthropy. Active citizenship encourages and supports citizens to be active in development, while local philanthropy focuses on mobilizing local resources that respond to local needs.”

For Caesar Ngule, Programmes Director at the Kenya Community Development Foundation (which is currently celebrating its 25th anniversary), trusting relationships between stakeholders are key to achieving successful development outcomes. He says: “Effective communication amongst development actors and communities will lead to desired actions and behaviours if we focus on building relationships characterized by Trust, Honesty, Integrity, Innovation, Flexibility, Sharing, Love, and other ‘positive’ characterizations of human beings.”

Barbara Nost, Executive Director of the Zambian Governance Foundation, which began life as a donor-funded intermediary and is now a lead advocate for community philanthropy and shifting power, believes that if there is to be a real transformation of the development system it requires a personal commitment for those working in civil society and a readiness to change. “I believe that changing ourselves is the starting point for any change we would like to become a reality. We, as local NGOs, need to practice what we preach. We should much more tap into our non-financial resources and stop looking for external donors and treating them as our saviors. Foreign funding has often led to the creation of bloated NGOs in the Global South, making them extremely vulnerable to external shocks, while detaching them from their original mandate.”

And finally, the Manifesto’s call to move away from quick fixes in favor of long-term, patient approaches centered around communities and their resources, speaks to the experience of Tewa, Nepal’s women’s fund, which has been advancing women’s rights for over three decades through grants to grassroots women’s groups and by building local philanthropy. “#ShiftThePower means the community understands the problems they are trying to address,” reflects Tewa’s Director, Urmila Shrestha. “Our role as Tewa is to support women by funding their initiatives, ensuring a safe learning space to enhance their capacities to self-organize, inspire and impact feminist driven change in their constituencies, including at the policy level.”

What’s next for the Manifesto?

The Manifesto’s social media campaign set out to create a ripple effect of positive energy and new possibilities around the world. But it is just one step in a much longer journey, which must be driven and shaped by innovators and trailblazers on the front lines of social change.

Often this work can be lonely and exhausting and, to that end, both the Manifesto and the #ShiftThePower Treehouse, which was launched in May 2021, are really about strengthening the fabric – the solidarity, the collective power, and the sense of community – within and among those on the side of demand of the system. “I have seen that ‘throwing money at a social challenge’ hardly ever leads to a sustainable solution,” reflects Charles Kojo Vandyck, Head of Capacity at the West Africa Civil Society Institute and one of the original authors of the Manifesto. “The #ShiftThePower Manifesto provides Southern activists, community actors and development partners the opportunity to amplify the position and participation of communities, so they become the epicenter of decision making, leadership and responsibility.”