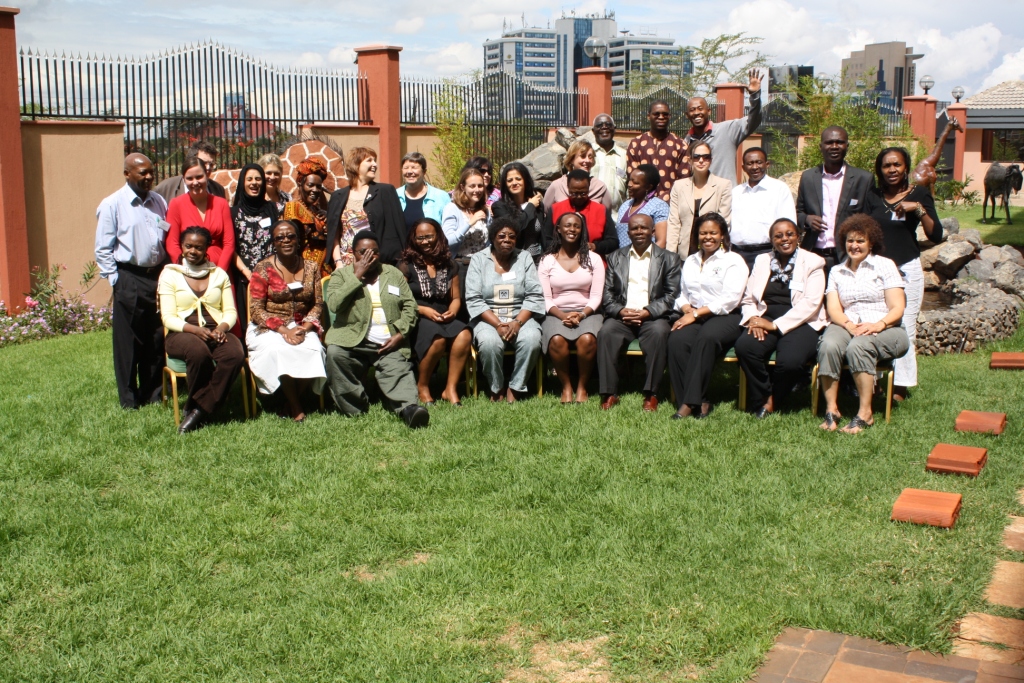 The Nairobi group, gathered for the African Community Foundations Peer Learning and Exchange

GFCF Programme Consultant Halima Mahomed tells all about it:

‘The African Community Foundations Peer Learning and Exchange, with funding support from TrustAfrica and the Ford Foundation, was held in Nairobi on 1 and 2 November 2010, just before the African Grantmakers Network Assembly. The convening saw 34 participants, representing 26 organizations from 12 countries come together to engage in two intensive days of rich and stimulating discussion, interactive debates and learning, learning, learning …

‘A rose by any other name is still a rose? Or not so? Well, given the range of different institutions in the room – community foundations, local grantmakers, national public foundations, and corporate community foundations – we kicked off the convening with a session that asked “What does our tribe look like?” This was aimed at establishing a collective identity within the group, based not on institutional type (or name) but rather on a set of values and principles. Moving the term “community foundation” temporarily to one side, we had a rich (and very creative session) that underscored what the group had in common: these included a shared commitment to community ownership, leadership, trust and assets – as well as transparent, accountable and inclusive systems.

‘We also devoted some time and space to learning from and sharing with each other via small-group peer learning discussions. In kicking off some of these small group discussions we heard about the “tool box” devised by the Lurdes de Mutola Foundation in Mozambique (in which grantmaking is only one part of a comprehensive approach to strengthening local community-based organizations), about the PhotoSpeak tool used by the Community Development Foundation Western Cape as a way of engaging young people and of the ways in which the Urgent Action Fund in Kenya has tackled social justice issues head-on, particularly within contexts that have very skewed gender and power dynamics. Although most of the participants came from African institutions, we were also joined by practitioners from further afield: Black Belt Community Foundation, based in Selma, Alabama in the United States has as one of its most significant assets a network of over 100 volunteer “community associates” who share the foundation’s vision for their communities and ensure that it remains closely connected with the 12 communities it serves; while from Slovakia, Banska Bystrica Community Foundation underscored the importance of valuing and encouraging small individual contributions as a cornerstone of its community engagement and public awareness‑building strategy.

‘The highlight of the convening was undoubtedly the trial of Business As Usual. Apart from the fact that it was filled with enough humour and wit to rival the best “court TV”, the trial provided a space not only to analyse the context of development aid within which we operate but also to critically interrogate and reflect on the fault lines within our own frameworks and practices.  In addition, however, the trial also reflected how a number of local philanthropic institutions are engaging in business unusual and provided compelling and encouraging evidence to help make the case for locally owned and locally driven development paradigms.

‘One thing that this convening has reinforced, and also provided the opportunity to begin remedying, is that we need to begin to develop a knowledge base on Africa’s emerging philanthropic/grantmaking sector.  A wealth of good practice and innovative strategies exists, and yet so little of it is known or documented outside individual institutions. By the same token, there are serious challenges and hard questions that we need to ask ourselves – around our readiness to take risks and bring about real change, and around our commitment to building local philanthropic resources rather than relying on easy external money – but very few spaces in which to critically reflect on these.’

Over the next few months the GFCF will be drawing intensively on the wealth of energy, information, data, stories and personal commitment offered by participants to begin to build such a knowledge base and so help to strengthen the voice, practice and impact of community foundations in Africa. 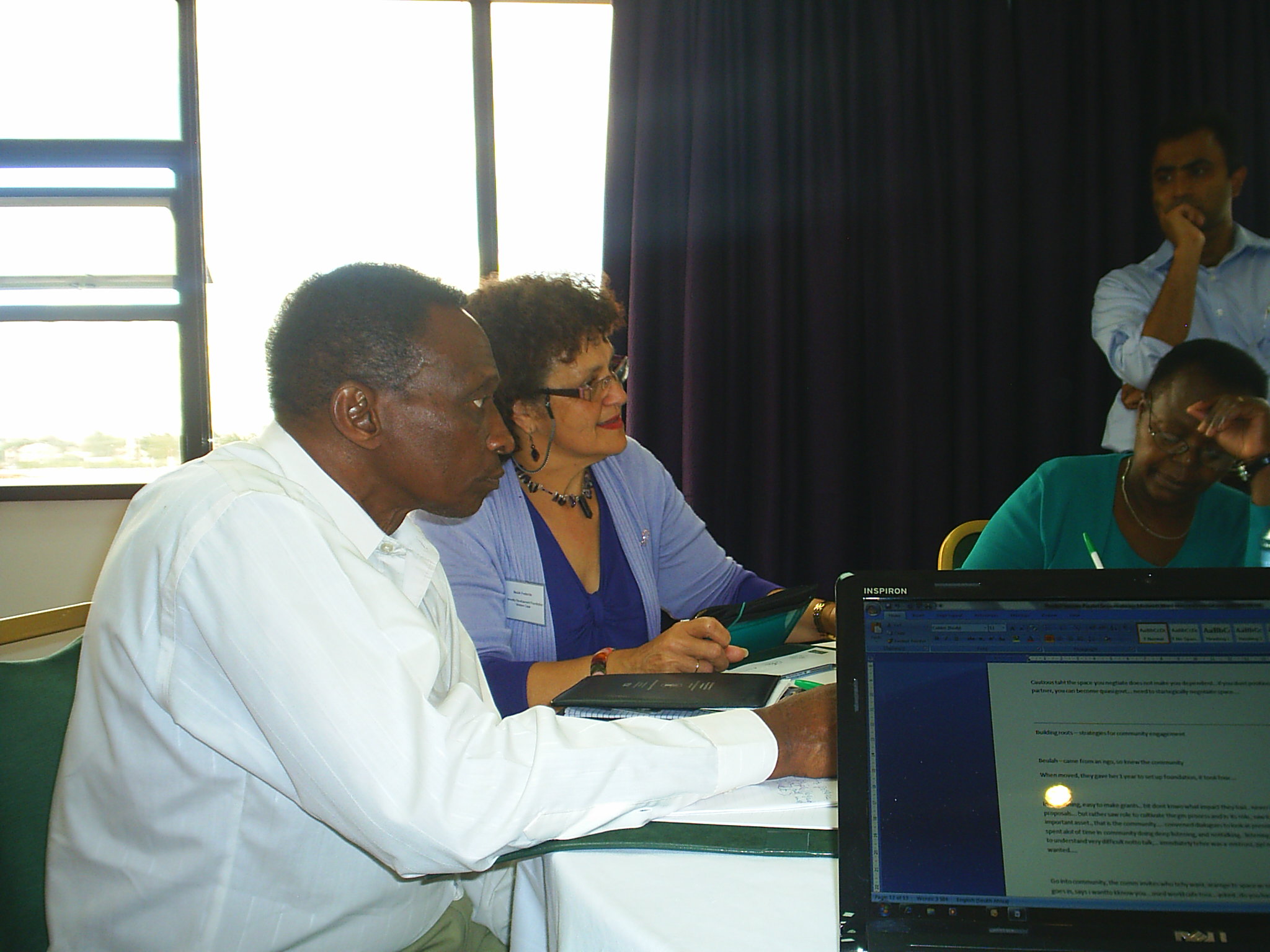