Ian Bird joins the GFCF board 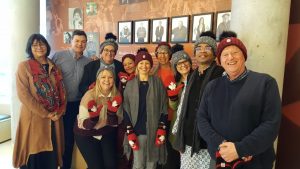 GFCF board and staff are delighted to announce that Ian Bird has been appointed to the board as of March 2020. Ian will already be well known to many in the GFCF network, as at the end of 2019 he concluded a decade of collaboration with philanthropic networks and community foundations in Canada and around the world, including roles as the President and CEO of Community Foundations of Canada (CFC) and Executive Director of the Rideau Hall Foundation.

Ian has been a close ally to the GFCF for many years. He was a driving force behind the significant Canadian delegation that attended the 2016 Global Summit on Community Philanthropy in Johannesburg, and has since played a key role in spreading the #ShiftThePower message to colleagues in Canada and beyond. In January 2019, Ian and CFC hosted the GFCF’s annual board retreat in Ottawa – an extremely chilly experience that won’t be soon forgotten by GFCF staff and board!

Ian lives in the Gatineau Hills outside of Ottawa with his partner, Kristin, and their three children. He is a co-founder of the Chelsea Commons and proprietor of the Henry Burrows Community Tavern (est 1861), two new local projects aimed at putting the community at the centre of Chelsea’s local economy and social fabric. When not engaged in local efforts, Ian volunteers as the chair of Canada’s Child and Nature Alliance, and as a director with the Community Forward Fund. Previously, Ian played a catalytic role at the Sport Matters Group, an “un-organization” which fostered the development of the Canadian sport sector during the run-up to the Olympic and Paralympic Games in Vancouver in 2010.