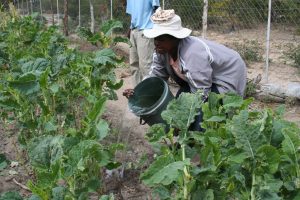 Very little has been documented about the various ways in which individuals in the communities of the Matabeleland regions of Zimbabwe support each other – particularly the vulnerable and less privileged. As a result, local giving goes almost unnoticed, overlooked in terms of its potential value and impact.

In 2017, the Uluntu Community Foundation launched a study to fill this gap and to better understand local giving in the region of Western Zimbabwe in which the foundation operates. The goal of the study was to build knowledge of the available local resources in these communities, and to get a deeper understanding of current trends and practices of giving which could serve as a baseline for the foundation in informing its future activities.

The results were revealing and encouraging. The report confirmed that the practice of philanthropy is deeply rooted in the cultures of the Matabeleland regions, and that it is based on relationships of trust and solidarity. Despite limited resources, harsh economic conditions and recurrent droughts, the research found that most people in the two main districts where the foundation operates practice some form of giving. This is largely to support each other and those in need in the community – in fact, 75% of respondents noted that they had practiced some form of giving in the last 12 months. Local giving takes a wide variety of forms, both financial and in-kind (in the form of clothing, food and labour). The study also shows the pivotal role local giving can play in stopping community dependence on external charity, breaking the cycle of poverty, and empowering individuals and communities.

Download the report ‘Local giving / philanthropy in the Matabeleland regions of Zimbabwe: What role for Uluntu Community Foundation?’