The world is not run by log frames: Measuring what matters 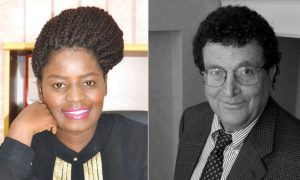 “If you are not measuring what matters, you are measuring the wrong things,” says Barry Knight, one of the authors of Measuring what matters, a consultation paper designed to advance a conversation about measurement in civil society. The goal of the paper is to identify more meaningful approaches to organizational learning and accountability. The paper, which is co-authored by Dana Doan, is jointly published by Candid, the GFCF, and Philanthropy for Social Justice and Peace (PSJP).

Tarisai Jangara, ZGF’s Programme Specialist – Communications, caught up with Barry who unpacked some key issues that matter when it comes to measurement: “Through the paper, we want to show donors that they need to do things differently, they need to widen their understanding when it comes to measurement. The world is not run by log frames, it is run by people in their situations doing the best they can to build sustainable situations for each other. I am convinced that we need to work together.”

Tarisai Jangara (TJ): What surprised you? Did you have an ah-ha moment while compiling the report on measuring what matters?

Barry Knight (BK): Yes, I did, it took place in Mexico in June 2019 where we brought together 15 people working in community philanthropy from various parts of the world: Africa, Asia, Latin America, and Eastern Europe. The atmosphere in the room was powerful and people were really working together. They were thinking as a group and there was a lot of respect and creativity in the room. One of the participants, a woman called Artemisa from Mexico, an ecologist working at the Fondo Acción Solidaria A.C. (FASOL) talked about mycelium and I really did not know what mycelium is. However, it is a fungus, an important fungus that grows under the surface of the earth; it sustains life and without it, we would die. All life depends on mycelium; it glues us together.

What really struck me was that in community philanthropy, people working at the grassroots level are a bit like mycelium, they bind us together. It is actually our societies at the local level that matter. That combined with a paradox of international aid where only around 1% of the money that comes from the north to the south actually goes to local grassroots efforts showed me the importance of mycelium. That’s the kind of creativity that you see at the local level and the measurement system needs to be based around mycelium. However, most of the measurement systems designed in the Global North in Washington, London, and other Northern cities tend to treat the world as if it is designed like a real thing that one is trying to kind of measure.

So, that coming together with some reading I had been doing of David Bohm’s book, Wholeness and the implicate order. To paraphrase what he said: “The real goal of life is balance, it’s not about being rich, it’s not about economic growth but actually finding balance, harmony in our societies.” This has to do with finding what the ancient Chinese call Yin and Yang, this kind of sense of humanity that actually balances itself with nature, and that for me was just a revelation. I have never been the same since, because this gives life a different meaning that we are actually not on this planet to make money, we are actually on this planet to connect with each other and with nature. The basis of our lives is actually in our relationships. Therefore, measurement must be about our relationship and respect for each other and making sure that everyone has enough and no one has too much.

TJ: What impact do you think the report will have on philanthropic foundations and civil society?

BK: It depends on what we do with the report. Measurement is a key part of any process, what we measure matters because if we are measuring the wrong thing, we are doing the wrong thing. What we need to do is to work together to make this report useful. We would want this to become kind of a snowball so that we begin to bring about change and help people to come to a new understanding. I do not want to attack donors; I want to show donors that they need to do things differently, they need to widen their understanding when it comes to measurement. The world is not run by log frames, it is run by people in their situation doing the best they can to build sustainable situations for each other. I am convinced that we need to work together. The GFCF has 150 grant partners who will implement and model this approach in our own systems. A report never does anything; it is what you do with it that matters. We need to build our power from within.

TJ: Does measuring what matters require a system change?

BK: Yes, it is part of the process to #ShiftThePower. I wrote a paper called Systems to #ShiftThePower for the GFCF’s Pathways to Power Symposium, which was held in London in 2019. As noted in the paper, one of the five things we need to change is the measurement system, because there is this thing called “the hierarchy of evidence.” It puts statistical analysis on the top of the hierarchy, so what we want to say is that the hierarchy of evidence, which is a very masculine dominated way of thinking, needs to change. We need an inclusive, developmental approach to learning rather than standing back and judging through evaluation systems. So it is a very radical system change, but it is part and parcel of the #ShiftThePower process, which is actually putting human face into development rather than bureaucracy. One group we need to convince are the academics, because they have not stepped up to the plate generally in the field and helped practitioners to do this kind of stuff.

TJ: Is the issue of measurement urgent for community philanthropy and wider civil society?

BK: Yes, I think it is in the sense that people have been saying this kind of thing about unsympathetic measurement systems by funders for years. We are facing a new world; we have got the pandemic, which has completely changed the way we think, we have got the economic collapse of the old model, and the neoliberal model that has driven the world for the past 40 years is failing. We have #BlackLivesMatter, which is changing the power balance in the world. We have got the ecological crisis, the climate crisis all coming together at once and unless we start measuring things that matter rather than things that do not matter, we will not have any solutions to all these challenges.

TJ: What would be your key recommendation to funders?

BK: The indicators that you are working on in Zambia are not the indicators people are working on in Turkey or in the United States – they are very different societies and you know best what your society wants. However, there are some commonalities, there are some things which we can agree on and one of the things that works quite well is the framing around power and building local assets, building local capabilities, trust-building, building the relationships between people so that we have an agreement, an informal kind of social-emotional contract together. One of the most devastating things about America at the moment is the complete lack of trust, and trust is the most important thing in a society, if you lose trust you lose everything. Confucius knew that 5,000 years ago and in his writings he said, “The most important valuable commodity that we have in governance is trust.”

I think there are some universals but we should not have one size fits all kind of measure. What we are going to do with funders is that we are going to organize a workshop in December and we have got some people who are really up for this new approach. There is a lot of stuff in the report about how donors need to be helped because they do not actually work day-to-day in communities, so they are always looking at things through a lens. I think we are going to get into a process of negotiation with funders rather than just making recommendations to them. So opening a dialogue and the original meaning of the word dialogue is co-creation. Just like the way that this report was produced – through a process of co-creation involving more than 130 people from all over the world.