Localization, decolonizing and #ShiftThePower; are we saying the same thing? 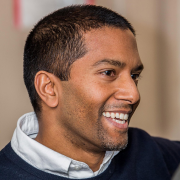 Localization. I distinctly remember the first time I heard the term, sometime in early 2016. Someone called up the office and asked to speak to me. “I’ve heard that Peace Direct is interested in the localization agenda” the caller said. “Would you like to participate in some work we are doing on localization?” she continued. Working for an organization that had spent its entire life focused solely on supporting local efforts and in trying to change the international peacebuilding system in favour of locally led approaches, I wanted to shout back “INTERESTED? ARE YOU KIDDING? We’ve been committed to supporting local leadership FOR ALMOST TWO DECADES. And you’re just waking up to this NOW?” Suffice to say that I was mildly irritated and bemused by this freshly discovered fashion that had been thrust upon me; this newest, latest, shiniest thing.

Localization has been one of the buzzwords of the sector ever since it emerged from the World Humanitarian Summit in 2016. Since then, the word has become so widespread that it is hard to keep track of all the working groups, initiatives and commitments around localization. Like it or loathe it, the term is now part of the mainstream conversation within the international humanitarian and development sector. In recent years it has been joined by other phrases, most notably “decolonizing aid” and shifting power to local communities, the latter very much inspired by #ShiftThePower campaign started by Global Fund for Community Foundations (GFCF) in 2016. In some cases, webinars have been held and reports produced in which all three terms are used interchangeably, which raises two important questions. First, how do we differentiate the terms we are using? Do they really mean the same thing? Second, are these conversations about localization, shifting power and decolonizing a passing fad, something that will evaporate as quickly as it has emerged? Or is this a genuine trend towards a different way of thinking, working and seeing the world?

This is an excerpt of a blog written by Dylan Mathews, Chief Executive Officer of Peace Direct. To read the piece in its entirety, head to the #ShiftThePower Treehouse.

I wonder if the decentralisation agendas and their implementation by development INGOs starting in the 1990s are simply being updated by a ‘localisation’ agenda spurred by criticism of the humanitarianism of this decade. A conversation that draws on past experience may help answer questions about terminology and faddism.

Reply
News
Measuring what matters,...
How to #ShiftThePower...
Shift power and...
wpDiscuz