A different way is possible: Reimagining development in Mozambique

Working in civil society in Mozambique is a challenge. Not only is the country classed as repressed by the CIVICUS Monitor, but the northern province of Cabo Delgado has been subject to an armed insurgency since October 2017, claiming thousands of lives and displacing an estimated half of the province’s population.

The resulting clampdowns on free expression, the attacks on journalists, and the tightening restrictions on NGOS, all combine to make life difficult for the Giving for Change programme.  To learn how the work is shaping up, Ese Emerhi (GFCF Global Network Weaver) and Barry Knight (GFCF Advisor) caught up with Milagre Nuvunga, Executive Director of the Micaia Foundation, and Andrew Kingman, Managing Director of Eco-Micaia, to learn about their efforts to build community philanthropy. 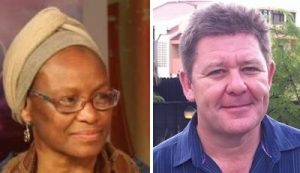 Barry Knight (BK): How are you approaching the challenges?

Milagre Nuvunga (MN): We knew how difficult it would be to build an enthusiastic movement for community philanthropy. Much of civil society has adapted to a deeply structured society built on a system of rewards, excessive bureaucracy, and top-down formality in which the dominant funding paradigm weakens local leadership and any sense of independence. We could not expect established civil society organizations to quickly embrace a process that could lead to their being challenged by more confident, self-resourced communities and constituencies.

BK: What is the progress on building community philanthropy?

Andrew Kingman (AK): We’ve had to reshape the programme as we go; the general strokes of the original design are still there, but our tactics have now changed. Fortunately, the Giving for Change programme is flexible and we can adjust it when we need to.

The initial budget for the programme was organized around “events” – hotel accommodation, transportation, food, etc. – and really, this is not the way to go about bringing people together and learning as a community. It just reinforces the system of rewards for people, and so in changing our approach to budgeting, we’ve found that people are now directly contributing to trainings by offering meeting space, time, expertise, or other in-kind support.

We have been working with young people and have supported 63 young activists to become trainers and facilitators in resource mobilization, advocacy and lobbying.  We call them “community philanthropy agents” (CPAs). We are hoping by the end of the year to have 150 young people go through the training. This is a direct result of the Giving for Change programme.

BK: How do your partners and the communities you work in react to the Giving for Change programme?

MN: Ah… (big sigh!) … we feel the complexity of the whole project in operating in Mozambique. Bringing something new to people who are used to doing things a certain way is hard.

There is a difference in reception to the programme in the two landscapes we are working in — Maputo and Chimoio. In Chimoio, because it is in a smaller urban setting in the heart of a rural province, where power dynamics are not as pronounced, people are eager to change things, but there are fewer spaces to work in to improve on philanthropic work. In Maputo, a large city with firm traditional NGO structures, we notice more resistance to getting people together; the preference is to work apart and alone.

This is an excerpt from a conversation with Milagre Nuvunga and Andrew Kingman. The full piece is available on the #ShiftThePower Treehouse.