“Giving us the reins to drive our own development path” – Meet the Giving for Change alliance: MICAIA Foundation, Mozambique

In this series of interviews, we will be introducing you to the lead partners involved in the Giving for Change programme! The five-year, €24 million programme will be implemented in Brazil, Burkina Faso, Ethiopia, Ghana, Kenya, Mozambique, Palestine and Uganda, and is led by a consortium of four organizations: the Africa Philanthropy Network, Kenya Community Development Foundation, GFCF and Wilde Ganzen. The aim of Giving for Change – part of the Dutch government’s ‘Power of Voices’ programme – is to foster local giving as an expression of voice, civic participation, solidarity and dissent. The programme will build evidence around new thinking, approaches and leadership that support community philanthropy development.

In this interview we speak with Milagre Nuvunga, the Co-Founder and Executive Director of MICAIA Foundation, a non-profit organization (NGO) operating in Mozambique to help people challenge poverty and create lasting change in their lives and communities.

GFCF: What does community philanthropy currently look like in Mozambique? 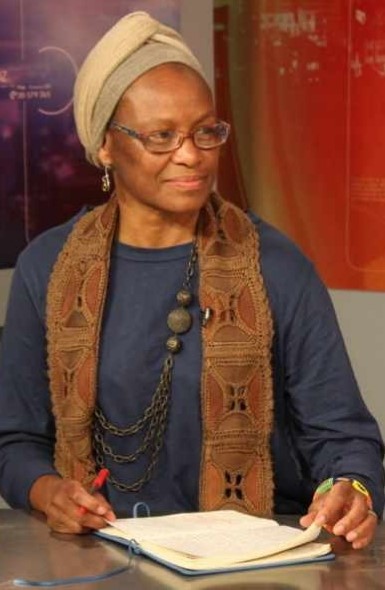 Milagre: I am going to draw from all of the conversations I have been having with local partners, some of which we will be working with the Giving for Change programme. These conversations reconfirmed the fact that the word “philanthropy” is not common in our vocabulary here in Mozambique. For many people philanthropy is seen as something that is done by rich people. The word is often connected to people who have a lot, i.e. Bill Gates and others linked to big foundations. There is a sense in which philanthropy is seen as an alien concept, something foreign to our traditions and, as such, it has not been linked to what we do in our communities, as individuals or as groups. In these conversations, when I gave examples of community philanthropy as practiced elsewhere in Africa or actions I have witnessed in Mozambican communities, some people viewed them as “traditional practice.” They seemed to hold philanthropy in high regard but look at these practices as lower expressions of self-help, cultural norms that could contribute nothing to local development efforts.

Even though “community philanthropy” is not yet a common concept in our conversations about local giving, we understand the need to discuss and define this concept using our own vocabulary, so as to enhance our ability to recognize it in all its manifestations across different socio-cultural and ethnic groups in Mozambique. But right now, there is very little recognition of that as philanthropy.

GFCF: What does #ShiftThePower mean to you/your organization?

Milagre: It’s an interesting time for MICAIA to be engaged and belong to a movement such as #ShiftThePower. We have been fighting from our corner in central Mozambique and feeling somewhat isolated as we pursue the type of community-led development defined by our mission. Overall, civil society operates in little silos or small networks, which have not gathered enough momentum for change. Our limited success reflects the hindrances we have encountered on a journey that has been dominated by development paradigms that were designed elsewhere and funding sources that were put forward to further those agendas.

Shifting the power for us means that we can now work towards a space in which the desires of a community can not only be expressed but acted on, with communities able to maximize local resource mobilization to invest in their own development priorities, thus attracting the support of those genuinely interested in joining them in this effort. It is also about a mind-set shift for local communities who have always relied on external support. If you look at the history of Mozambique, it is easy to understand how the turbulent years we have had since independence have helped in establishing a culture of dependence, with people always looking outside themselves and their communities for help – we have had a fair share of wars and natural disasters (and still have). The #ShiftThePower movement is therefore crucial to help us to first shift our own mind-set, acknowledge our role and responsibility in our own growth, and understand that the local resources we have, even if limited, can get us started on a new journey defined at our own table, a table to which others can be invited to seat if willing to hear our voice.

GFCF: How will the Giving for Change programme help to advance the community philanthropy field or #ShiftThePower in Mozambique?

Milagre: I recently had a conversation with a women’s rights organization and, as we were discussing how we would work together in the Giving for Change programme, they mentioned how, during the decades they had been active in this field, they never thought about domestic resource mobilization. They realized that this was not because they thought there were no such resources in Mozambique, but because it had never been written into their strategy. They always looked outside for support, which was somewhat easy given the international nature of the womens’ rights agenda. The thought of mobilizing resources in the communities within which these women live and abuses happen had never been considered.

One of the things that could help us to advance the community philanthropy agenda in Mozambique is to work on developing a common understanding of what it is and how it is expressed in different parts of Mozambique. Then we need to learn about what it looks like elsewhere, particularly in African countries. We need to develop our own research and learning agenda so that we can adequately document Mozambican community philanthropy practices. This will give us a strong basis for growth and development. The Giving for Change programme will also facilitate our exposure to realities elsewhere and help us to understand what others are doing, thus giving us the elements that could facilitate reflection on our own journey. The strong learning agenda that is embedded in the Giving for Change programme will be critical to the development of philanthropy in our country.

We do not have specific policies related to philanthropy in Mozambique, we have scattered provisions in different policies, legislation and decrees. Thus, learning how community philanthropy is encouraged and strengthened by policy and legislation elsewhere could help us make informed decisions about the right path for Mozambique.

GFCF: How can the Giving for Change programme help encourage donors / INGOs to really shift power and resources closer to the ground?

Milagre: As an institution we will be working with community partners to harmonize our own understanding of the #ShiftThePower agenda. We will certainly require support from our partners in the project, to help us shape the nature of conversations between Mozambican donors. These conversations have not happened in a consistent manner in Mozambique. We have a number of donors that are based in, or have long-term programmes in, Mozambique. Having them engaged in conversations facilitated by members of the movement with the required expertise would help ensure donors understand the global nature of the movement and, in time, support the move towards shifting the power and resources closer to the ground.

GFCF: How has aid undermined local giving practices in Mozambique and what can the Giving for Change programme do about that?

Milagre: In the current context, community philanthropy and all expressions of local giving have never been valued. As mentioned above, we have had many catastrophes such as wars and weather events that have forced us to look more outward (aid) than inward in the search for solutions for local development issues. This fostered a top-down relationship – people very often lost everything, finding themselves at the mercy of those willing to help. Even in places that have enjoyed stability for some time, that mind-set has not changed. As Mozambique continues to be labelled as one of the poorest countries in the world, we continue to be surrounded by a discourse of loss, dispossession and powerlessness that has an impact on how we see ourselves, that constrains our ability to find our feet, to connect to our roots. This has a cascading effect on local communities who became conditioned to wait for external support.

The way development is framed as something that is brought to us by others, has impacted on the way we see ourselves and how we measure our ability to engage in and contribute to our own transformation. Even if we have our own ideas or thoughts, we never put them on the table because we feel we do not have the right to do so and we do not have our own resources. This is something which will need to change so that we see not only see the value of local resource mobilization in building voice, but also in giving us the reins to drive our own development path.

Milagre: Despite the fact that a large number of civil society actors currently see community philanthropy as an alien concept, I have come out of the initial conversations with a variety of large and well-established organizations, as well as small activist organizations, excited, filled with enthusiasm for the potential of the work ahead. I have met with individuals who shared examples of the outstanding work they are doing at the community level. I move into and with this movement in partnership with other Mozambican civil society organizations with a sense of possibility, supported by organizations elsewhere who are co-implementers of the Giving for Change programme, as well as other members of the #ShiftThePower movement.

Meet the other Giving for Change partners: