Hiding in plain sight: Community philanthropy is an essential part of financing for development 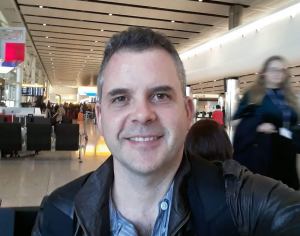 I’ll be honest – I hadn’t heard of community philanthropy a year or so ago. I have been working in the world of global development finance for about two decades, in a range of capacities and organizations, and not once has the idea of community philanthropy been raised. And I am not alone. In a non-representative informal survey of “people I have known for ages” working in financing for development (FFD) I got the same response: they hadn’t heard of it. And if you look at all the major development finance plans and documents of recent years, you will find no mention either.

But when I did come across the idea, and the community of professionals that have been working on it for years, it was as if scales fell from my eyes.

Community philanthropy has existed as a recognizable concept for some decades, although it is not always easy to define, and its roots go back centuries. There is evidence to suggest that community philanthropy is increasing fairly rapidly in importance around the globe. Meanwhile a substantial community of practice has emerged around the world, and there is a growing academic literature and policy discussion of the area.

“But when I did come across the idea, and the community of professionals that have been working on it for years, it was as if scales fell from my eyes.”

Community philanthropy shares some characteristics with public money, some with private money, and some with more regular philanthropy. But the unique characteristic of this money is that it is drawn directly from and spent directly on a particular community. This means it suffers much less from the typical problems associated with other types of development finance e.g. lack of local knowledge and leadership, accountability to faraway decision-makers, patronizing attitudes, short time horizons, project approaches limited by thematic narrowness and inflexibility and fostering of dependency. A paper I have just published looks at four areas where community philanthropy has an intrinsic advantage over other external forms of finance (including domestic public finance from far-off capital cities): it comes with local knowledge, leadership &, crucially, accountability; it is long-term, holistic & flexible; there is an intrinsic focus on respect and dignity, in contrast to decades of patronizing attitudes; and, more technically but not unimportantly, transfer costs are reduced.

Why then has it been overlooked by my crowd, the development finance set? Probably because of its limited scale, especially in less wealthy countries – at current levels it is unlikely to make large dents in the SDG wish-list. All this talk of “billions to trillions” has made more humble sources of resources seem unimportant. But that could change if major development finance organizations and thinkers got behind the approach.

“All this talk of ‘billions to trillions’ has made more humble sources of resources seem unimportant. But that could change if major development finance organizations and thinkers got behind the approach.”

There are two reasons to finally bring these two communities together. First, because there might be a significant amount of money at community level that could be mobilized for the SDG effort, with more attention and support. At least in theory, then, community philanthropy is an important source of finance (although it is important to caveat that in practice, just like all sources of finance, experiences and impact differ based on context and management). And second, perhaps even more importantly, because the quality of that money in terms of its unique characteristics make it a resource worth focusing on. At a time when all the stops are being pulled out to find funds to meet the SDGs, this unique source of finance is being overlooked.

The purpose of my new paper commissioned by the GFCF is to redirect the gaze of the development finance community. Rather than just looking for the big bucks, it should be equally interested in the small bucks (that’s why I cheekily call my report “From billions to millions”). The quality of the resources found and managed at community level could sometimes outweigh (or certainly complement) the quantity of mega financing available from other sources.

Find out more about Jonathan’s work at www.jonathanglennie.com.

News
The birth of...
“#ShiftThePower is not...
Mining for meaning...
wpDiscuz