Why is “locally led development” missing the mark? 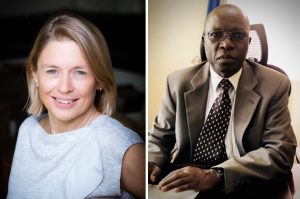 INGOs’ current interest in power and equity is welcome and long overdue.

Barely a day goes by without a webinar or new report on shifting power, decolonizing aid or transforming development. Various INGOs have publicly committed to transformative change, and RINGO, Partos, the International Civil Society Centre and others are supporting these processes.

This is all well and good. But the international development field is susceptible to changing fashions, and what is the flavour of the month can quickly be superseded by the next “sparkly new thing.” While this window of opportunity is open, it is essential that real and lasting progress is made. It is also important to recognize that any agenda for change which requires INGOs to give up their power and status might be quietly resisted.

Most efforts to balance power between North and South currently occur within a partnership framework, whereby local actors are increasingly being pulled into decisions on project cycles, from design and implementation to evaluation and learning. Relationships between donors and INGOs are long-established, each side proficient in the necessary “dance” of accountability and mutual dependence which keep systems rolling. But for local actors, who are more used to being on the receiving end of funding and now find themselves at the decision-making table, power dynamics – often experienced in the form of familiar ease and a shared language among insiders – can be a major obstacle to full and meaningful participation.

Other obstacles derive from practical considerations, such as having sufficient time to engage with such processes. Positionality – people’s outlook on the world, according to race, class, gender, geography, lived experience etc. also has an influence. For a local actor, there is a question as to how frank one can really be, especially when future funding relationships might be at stake.

A time for radical change

For those working on the “demand-side” of systems change – where the locus of change is not the internal structures and programmes of INGOs and donors, but citizens, communities and the institutions that represent them – the danger that current conversations about power are a passing fad is real. Decades of a top-down, donor-driven, project-based system have created distortions and incentives at the national and local level, leading to a situation where an NGO’s legitimacy and capacities – and therefore its success – often end up being defined by the external actors who hold the purse strings, rather than the communities and movements they are part of.

There is a need for actors in the dominant system to recognize that only radical change will create this future system and that its design cannot stem from head offices in the North and must be shaped and led by those closest to the issues.

Any kind of complex change across what is a profoundly unequal system requires multiple, distinct and separate spaces for strategy development, experimentation and trust-building, framed by a clear articulation of the respective politics, positionality, power and purpose at play within each one.

In most cases, INGOs are attempting to “localize” aid or “shift power” from within the parameters of their existing organizational and programme structures. It is essential to distinguish between their efforts to undo past practices (“shifting power”) on the one hand, and the emergence of more bottom-up, demand-driven approaches (e.g. #ShiftThePower) on the other, with many of the latter having emerged outside, or despite of, the dominant system.

This is particularly important in the face of ongoing scepticism among development professionals and academics about the effectiveness of “locally led” development. Yet this is a theory and body of work that emerged from mainstream development, in the context of programmes and projects, and is premised on the flow of external funds. This must not result in emergent approaches that are shaped from the ground up being dismissed or met with unrealistic expectations before they have had a chance to take root.

As the world lurches from crisis to crisis, now is the time to move beyond the rhetoric, incremental shifts and organizational tweaks towards a new ecosystem, based on movement generosity, solidarity and reparations, underpinned by shared values and vision.

INGOs need to be wholeheartedly ready to become allies, enablers and influencers, invest in a supportive architecture and, most importantly, accept that it’s time for others to lead.