This blog originally appeared on the Alliance magazine website.

Valuing – and accounting for – what community groups bring to a grant can pay dividends in terms of its impact and sustainability.

Haiti has proved difficult terrain for international funders, with many development projects failing to survive beyond the life of grant funding. But in 2018, women in a grassroots organization in southwestern Haiti, Fanm Konba, showed remarkable ingenuity in finding their own resources. They applied for funding administered by a grantee of the Inter-American Foundation (IAF) to buy livestock. Following the IAF’s guidelines, the women included “counterpart” – a budget item which takes into account the labour and other material assets community groups contribute to the proposed activities. IAF staff later discovered that they were actually contributing an additional $35 from their own pockets to buy pregnant pigs and goats to increase their herds and maximize their profits. Because the women had been involved in the project from the beginning, with their own ideas and resources, this was a natural further step for them.

The US Congress established the IAF in 1969 to support the initiatives of vulnerable communities that were willing and able to invest their own labour and assets in their efforts. This vision was a response to widespread criticisms in the 1960s that international development cooperation was creating dependency rather than self-reliance. So the IAF adopted two concepts that were groundbreaking for the time in foreign assistance: first, the agency would fund communities’ proposals instead of designing its own projects, and second, the agency would require communities to co-invest in IAF-funded projects.

“Counterpart” refers to financial or in-kind resources that community organizations contribute to agency-funded projects. In-kind resources include volunteer labour, infrastructure (buildings, equipment, computers, vehicles), land and any other goods and services that would otherwise have to be remunerated, purchased or rented. Community members may volunteer their own time and goods or raise these counterpart resources from the broader community, such as local, national, or international non-profits, governments or businesses.

Communities throughout Latin America and the Caribbean have invested their own resources in communal initiatives for hundreds of years. Traditional practices such as minga in the Andes and kombit in Haiti bring community members together to harvest crops or raise buildings. However, the international aid community has not always recognized these collective efforts as a contribution to development.

In Haiti, for example, international aid practitioners have in the past seen nothing but need and lack of resources, yet in 2019, Haitians committed counterpart resources valued at $3.7 million to match the IAF’s investment of $5 million…and this is one of the countries where resources are most difficult to find. The numbers are even more striking in the IAF’s portfolio as a whole. On average, for every $1 the agency has invested, grantee partners have mobilized around $1.30, so this is not a symbolic gesture for the IAF. An initiative’s true cost is the total value committed by both partners, without which it cannot advance. This grounding in real needs keeps counterpart pledges realistic. Since they are using, in part, their own resources, it follows that community partners should control the budget and implementation.

To measure counterpart, IAF representatives work with local organizations seeking funding to identify and assign a monetary value to their assets. In many cases, as in the Liga Cuenca example highlighted here, IAF staff show potential grantees that they are providing more to the budget than they realized.

Analysis of a representative sample of audited IAF grants funded between 2005 and 2015 showed that, by the end of their grants, grantee partners actually mobilized 20% more funding than they had initially committed to raising, exceeding their own projections by a total of nearly $400,000.

Moreover, this participation can have significant implications for organizational sustainability. IAF staff have observed a connection between organizations’ longevity and their ability to raise counterpart. An early evaluation found that one Uruguayan women’s non-profit, Manos del Uruguay, brought in approximately half its grant amount in volunteer hours, donated meeting spaces and cash contributions from community residents to organize a network of women’s weaving cooperatives. Forty-four years after the initial grant, Manos del Uruguay remains a successful business with little or no external support.

Identifying counterpart in the field

When IAF staff visit a potential grantee, they verify the true community investment and often identify additional resources that the organization had not included in its initial proposal.

An association of eight communities in Costa Rica wanted to reforest two watersheds. The proposed counterpart included some administrative costs, transportation, and training, representing about 20% of the overall costs of the grant. When IAF staff visited the community, they saw a nursery that grew the trees to be planted, schoolchildren who planted the trees and carried out community clean-ups, and local water councils that raised funds to purchase tools and supplies. Additionally, the communities came together one weekend a year to celebrate their work and their access to clean water, and engaged sponsors to co-fund the gathering. The grant budget had included none of these costs as counterpart.

The IAF went on to fund this grant with a new valuation incorporating these contributions. When shown this perspective, the communities were astounded that they had mobilized more than 150% of the IAF investment themselves, and felt empowered to take on even more activities with this newfound awareness of what they could accomplish.

Some challenges remain for the agency. First, the IAF quantifies and assesses in-kind contributions on a country-by-country basis. While this allows programme staff to judge proposals based on their knowledge of the local context, it makes it difficult to compare counterpart across countries and regions, or over time. Second, the IAF’s definition of in-kind contributions is also, necessarily, quite limited. It is hard to put a price on intangibles like community cohesion or agency, and so the agency measures only those contributions that are most objectively measurable. While the IAF does not attempt to calculate intangibles’ value as grantee counterpart, it does recognize them as important. It makes intuitive sense that the experience community leaders gain in mobilizing resources to match IAF funding increases the likelihood that their initiatives will be sustainable. Finally, the agency has probably undercounted counterpart because grantees are not currently trained to document it. As the Liga Cuenca example shows, communities tend to undervalue their own contributions. The IAF is currently developing an accessible training manual to standardize valuation across portfolios.

Over the years, IAF staff members have also come to an uncomfortable realization: applicants representing particularly marginalized populations, such as Indigenous, Afro-descendant, or LGBTI groups, may find it harder to raise counterpart locally than less marginalized groups. Clearly, without consideration for the local context, requiring counterpart could actually create more barriers for community organizations to receive funding, rather than increasing their possibilities for sustainability. In at least one case, an Afro-descendant-led group was forced to close when promised counterpart failed to materialize. Despite these challenges, IAF audits showed that grassroots-level Afro-descendant groups were as able to administer their grants effectively as other organizations. In other words, the ability to mobilize the full amount of the promised counterpart should not be the only measure of a group’s capacity.

To avoid further disadvantaging already marginalized groups, the IAF has developed a context-based approach to counterpart. This applies both to vulnerable groups within relatively affluent environments, such as people with disabilities, and to entire countries where fewer resources are available. For example, IAF staff do not expect the same percentage of counterpart from an applicant like Fanm Konba in Haiti than they would from one based in Mexico.

Finally, to ensure the counterpart requirement would be an opportunity rather than a barrier to communities, the IAF started more proactively involving businesses and local philanthropists in supporting grassroots development. IAF grantee partners initially provided counterpart primarily from their own cash and labour, and occasionally from local government grants or religious organizations. Starting in the 1990s, the IAF began fostering corporate social responsibility and local philanthropy to increase the pool of resources available for potential grantee partners.

Recently, the IAF has developed a stronger framework for community asset mobilization, which emphasizes unlocking and institutionalizing sources of funding and technical assistance for grassroots development.

The IAF has worked with businesses and corporate foundations in the US, Latin America and the Caribbean and beyond to expand funding for grassroots development through co-financing. For example, in 1995, the IAF teamed up with Colombian organisation Fundación Social to draw businesses into supporting grassroots development. The resulting alliance of businesses, launched as RedEAmérica in 2002 with 12 co-funding partners, has grown to 80 corporate foundations in 14 countries and contributes $3 for every $1 the IAF invests. Among other efforts, RedEAmérica members have funded organisations addressing unemployment, food insecurity and water shortages and created an award recognising corporate-grassroots collaborations.

The IAF has also provided financial and technical assistance to local funders such as community foundations, that pool funds from a variety of sources and provide a more consistent source of funding to a distinct geographic area than international funders with shifting priorities.

Why value and require counterpart? 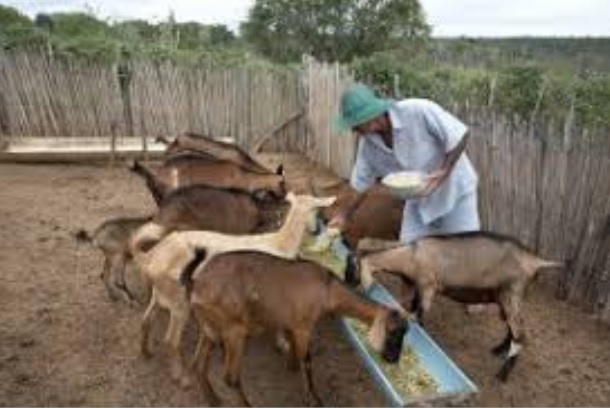 The IAF sees its approach to mobilizing counterpart resources as producing a number of important benefits. It is both diagnostic and formative, helping the agency to identify organizations with local commitment and enhancing grassroots organizations’ experience in mobilizing assets. It values existing tangible and intangible community assets such as engagement, and re-energizes local forms of giving like minga or kombit. It pushes grassroots organizations to mobilize a diversity of resources, reducing their dependence on traditional donors, and thereby the power imbalance between funder and funded. It strengthens civic engagement and promotes democratic processes like participatory budgeting with local and municipal governments and, finally, it engages new supporters and investors in local causes.

The international development community has historically viewed some populations as aid recipients, a view which persists in philanthropic practice despite decades of criticism. This article should challenge anyone still convinced by the myth that people from low-income countries lack the capacity or willingness to invest in their own development. Leaders like the women of Fanm Konba in Haiti are pressing ahead of us, and it’s up to us as funders to follow their lead.