In March 2021, the Group of Institutes, Foundations and Enterprises (GIFE) – the association of social investors in Brazil – published this interview with Graciela Hopstein, the Executive Coordinator of the Brazilian Philanthropy Network for Social Justice. The piece originally appeared on GIFE’s website. 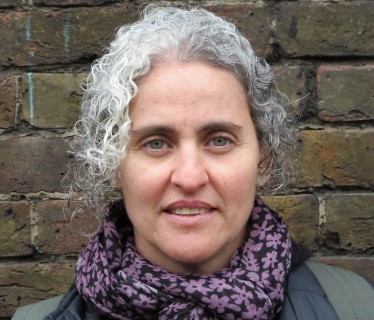 In a moment of intense transformation nationwide as well as globally, movements of stigmatization and hostility towards the role and performance of civil society in the public sphere contrast with the renewed demonstration of their vitality and centrality for the promotion of collective action in key moments such as the pandemic, as well as for providing responses to new challenges on issues as diverse as racial equality, women’s rights, climate change, the creation of new economic opportunities, community organizing, political innovation, and so on.

This idea was widely shared among participants of a panel held by GIFE during its 11th Congress, which sought to explore potential ways to foster the interaction between philanthropy, social investment and these processes.

How can these actors connect with each other and establish new support and partnership strategies? How can new profiles, agendas, and emerging dynamics of action inspire new models for social investment? What challenges and opportunities are on the horizon for these interactions?

To discuss these and other issues, GIFE spoke with Graciela Hopstein, who – in addition to her work with the Brazilian Philanthropy Network for Social Justice – coordinated the production of the book Filantropia de Justiça Social, Sociedade Civil e Movimentos Sociais no Brasil in 2018, and co-edited the June 2020 Alliance magazine issue on Social Movement Philanthropy. In the interview, she draws attention to the unique chance of tackling some of the social and environmental problems that, up until recently, seemed impossible.

GIFE: How do you assess the role of social movements, organizations and their members in promoting collective action at key moments like that of the pandemic as well as in producing responses to social, economic, and environmental challenges?

Graciela Hopstein (GH): Social movements have been occupying a prominent place in the political landscape, both in Brazil and internationally, and while this protagonism has been evident during the pandemic, this is an ongoing trend that has been emerging in the context of the crises of capitalism and representative democracy. They gained notoriety at the turn of the 21st century as key actors in the struggles and transformation processes grounded on the construction of diverse agendas oriented towards recognition and achievement of rights, as well as the affirmation of multiple and diverse identities and new ways of life.

They consist of a diverse set of actors – collectives, groups, civil society organizations – capable of building agendas, creating narratives, languages, and forms of production and organization based on self-management. It is for this reason that we can understand the prominent role that social movements and collectives have had in facing the pandemic. In fact, they found autonomous ways to provide innovative responses to the crisis, mobilizing actors, initiatives, and resources, and seeking solutions to meet needs and demands, ranging from the distribution of food baskets to the running of information campaigns and humanitarian aid, which certainly also entailed the deployment of innovative strategies of struggle and resistance.

“In order to understand the actions of social movements we need to conduct a deconstruction analysis because, in fact, they do not seek institutionalization, but rather the questioning of the established power – colonial, patriarchal, white, heterosexual, the conquest of rights and the recognition of multiple identities.”

In order to understand the actions of social movements we need to conduct a deconstruction analysis because, in fact, they do not seek institutionalization, but rather the questioning of the established power – colonial, patriarchal, white, heterosexual, the conquest of rights and the recognition of multiple identities. These are bio-political struggles because they are, at the same time, economic, political, and cultural, critically important as they determine the diversity of forms of life, and because they have the capacity to profoundly challenge the existing political and social system through the development of integrated, innovative, intersectional agendas and structural transformation processes.

GIFE: How do you perceive risks and threats related to the scope of action of these actors and the concrete experiences of intolerance and intimidation against the plurality of civil society?

GH: Social movements and civil society organizations in Brazil have been facing multiple threats, which are a direct result of a process of criminalization of the field that involves both reputational and digital attacks – specifically of those who work in the field of human rights and with political minorities – as well as a steep fall in funding due to the scarcity of financial resources donated to these groups, which puts their financial sustainability at risk.

The relationship of organizations and social movements with public authorities has also been visibly hampered, not only due to the lack of sufficient communication required to establish agendas, but mainly by the shrinking and closing of spaces for civic participation, which has visibly limited advocacy actions. In general, we also notice that the prevailing conservative narratives – such as “ideologia de gênero (gender ideology)” and “escola sem partido (school without party)” [1] – and the persecution of political minorities, vulnerable and environmental groups not only threaten the initiatives of all movements, but also negatively impact the process of building political agendas aimed at the recognition and achievement of rights.

“It is up to us, actors in the philanthropic sector and civil society, to start building narratives – or counter-narratives – and to rebuild concepts and meanings, reclaiming the centrality of civil society and the citizen sector in the consolidation of democracy.”

Perhaps, in this context of the pandemic, a window of opportunity may open to enable the recognition of the enormous contribution that community-based organizations and movements have made in confronting the devastating impacts of COVID-19 in the public sphere. It is up to us, actors in the philanthropic sector and civil society, to start building narratives – or counter-narratives – and to rebuild concepts and meanings, reclaiming the centrality of civil society and the citizen sector in the consolidation of democracy.

GIFE: Is it possible to outline an overview for this year of the major challenges and opportunities for success, as well as the expansion of initiatives of social movements and organizations on agendas such as racial and gender equity, climate change and deforestation, economic recovery and new economy, political innovation and inequalities?

GH: Analyzing the performance of these political actors, it is possible to observe old and new elements: historical demands are intertwined with new denunciations, demands, agendas, organization forms, and strategies for struggle. Occupation of streets and of the web. Movements that are fighting for visibility, autonomy, and freedom in consumption, politics, the recognition of diverse identities, the free flow and open access to public spaces, over their own bodies and lives. They fight against feminicide, sexual harassment, and racism; patriarchal society and colonialism; climate change. They defend another model of development; they stand in favor of the rights of migrants, women, the youth, the LGBTIQ+ and the native populations.

Perhaps we can identify a new cycle of social struggles in the context of the pandemic where social movements and community organizing dynamics have become more important than ever. In places where social and health systems are collapsing and inequalities and structural injustices have become even more visible, the dynamics of mutual help and collaboration that have been built by grassroots movements and local actors need to be strengthened, and here is when community philanthropy enters the stage, occupying a fundamental place in providing resources for existing initiatives across the country, in both urban and rural areas. Community philanthropy not only contributes with new approaches and perspectives, but also foster the promotion of collective and autonomous forms of organization through strategic donations, recognizing the power of voice of local movements and their relevant role in the choice of paths for their own communities, in the search for solutions to their own problems, and in driving processes of transformation.

GIFE: What formats and trends can be observed in this interplay between, philanthropy, social investment and these processes of transformation in establishing new support strategies and partnerships?

GH: There is a window of opportunity for foundations and high-net worth individuals to be catalysts in these transformations, seizing this moment to address some of the environmental and social problems that, until a while ago, seemed impossible to tackle at the systemic level. Perhaps the pandemic has shaken up our entire system to allow this to happen. In this scenario, it is important that foundations, philanthropists and donors realize that this crisis will not be resolved with a mere vaccination plan and/or the distribution of emergency aid from governments. While it is possible to recognize positive signals from some philanthropic organizations in terms of their donation and investment agendas and practices – with initiatives such as substantial donations and the creation of emergency support lines, for example – it is essential to implement changes, incorporating long-term structural support strategies.

“This is also the time to grant unrestricted donations to trusted partners in order to support them in facing the current situation in joint actions with their communities in the best possible way. In this context, it is important to consider how to support activists and community groups, movements and people who are doing important work in places where the most vulnerable and marginalized are to be hit the hardest.”

This is a call to the philanthropic sector to urge donor organizations to make adaptations in their strategies and portfolios, so that they can look at the social arena and civil society, recognize their demands and needs, and make use of their social capital to support the variety of civil and community actions that are effectively underway. This is also the time to grant unrestricted donations to trusted partners in order to support them in facing the current situation in joint actions with their communities in the best possible way. In this context, it is important to consider how to support activists and community groups, movements and people who are doing important work in places where the most vulnerable and marginalized are to be hit the hardest.

Hearing the demands of movements in order to reflect on how to better support their efforts in the face of the pandemic is a priority. Seeking forms of coordination among diverse partners, especially with those who possess deep knowledge of existing networks and organizations, such as the local funds that make up the Brazilian Philanthropy Network for Social Justice, is also a possible strategy, not only due to their ability to support civil society initiatives in an expedient and assertive manner, but as a way to strengthen local philanthropy and its ecosystem.

Getting these resources quickly delivered to the grassroots, to communities, to strategic actors that are engaged in confronting COVID-19 will certainly have great transformative impact.

[1] The expression “gender ideology” is a narrative created within the conservative Catholic Church and the pro-life and pro-family movement, which gained evidence in the discussion about Education Plans in 2014. At the time, these groups mobilized a campaign to strip the term “gender” from the National Education Plan, which included as a goal “the overcoming of educational inequalities, with emphasis on the promotion of racial, regional, gender, and sexual orientation equality. The “School Without Party” Movement gained popularity during that period by critically opposing the inclusion of themes such as gender, sexual diversity, or sexual education in school curricula.