Am I practicing community philanthropy? 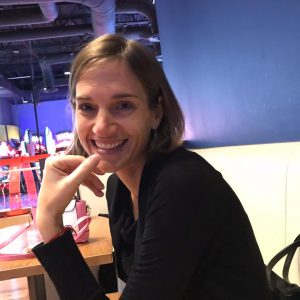 In reflecting on my last ten years working in Vietnam, I would like to say confidently that I was practicing community philanthropy, but I was never certain of that assertion. When I first learned about the concept, I was convinced that it was important and I sought to practice community philanthropy. Yet, at the same time, I’ve been trying to gain a firm grasp of what it means to be a community philanthropy organization and how the concept is applied and might be evaluated in our day-to-day work.

My introduction to community philanthropy dates back to June 2008, when an advisor to my not-yet-officially-registered organization forwarded an email announcement from the Global Fund for Community Foundations. The announcement called for “applications from community foundations and support organizations based in developing and transition countries… that raise funds from local sources.” Prior to reading that announcement, I had never before come across the term “community foundation” nor “support organization.” It was also the first time I encountered a grantmaking organization offering to contribute funds towards building local fundraising capacity. Because that announcement described our emerging organization better and more succinctly than we had been able to thus far, I felt compelled to search those unfamiliar terms and learn more about the work of the GFCF and the organizations it was funding.

Just over a decade has passed, and I have since had the opportunity to meet people from a variety of nonprofit organizations, operating in different parts of the world, that are engaged in leveraging local resources and building the capacity of local people to be key players in their respective community’s development. I also had the opportunity to immerse myself in academic- and practice-based research on concepts relating to community philanthropy. Through my research and professional exchanges, I discovered that there was not a clear nor universally accepted definition of community philanthropy. I also noticed that some organizational forms, which are often assumed to be community philanthropy organizations, were not leveraging local resources or were running programs that disempowered local people. Meanwhile, a number of different types of organizations and approaches were being cited as examples of community philanthropy. I found the contradictions and diversity to be both refreshing and distressing at the same time.

I came to the point where I believed that gaining more clarity on this issue might do some good. Specifically, I wanted to know if it would be possible to come up with a clear definition of community philanthropy. Such clarity, might support individuals that aspire to operate or sustain community philanthropy organizations. At the same time, a definition might help to ensure that scholars and practitioners are talking about and evaluating the same thing.

Read the report from Dana, published August 2019, entitled “What Is Community Philanthropy?.” Translations are also available in French, Portuguese and Spanish. This is a shortened version of a longer paper by the same author, which has been adapted specifically for community philanthropy practitioners. To receive a copy of the longer version, please contact Dana R.H. Doan (danarhdoan@gmail.com).

It is a great thought Dana. I also keep thinking of your questions and wondering of founders. Do they keep tracking their goals and objectives or they are swimming in fund-raising at local and international lakes/ seas. Need more case study of founders/ organizations with best practices in community.

I agree with you Bich! Thank you for reading and sharing your thoughts!

Reply
News
“We need to...
“Money is power...
Locally-led development: What...
wpDiscuz