An end to aid failure 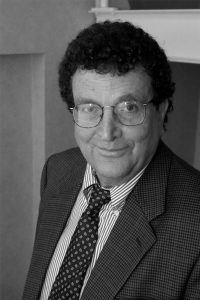 By: Barry Knight, Secretary to Centris trustees and Adviser to the GFCF

Despite manifest failures and repeated criticisms, the machinery of international development remains substantially unchanged. It’s time for a radical overhaul.

A recently-launched study demonstrates overwhelming support for root and branch reform of international development. The study, Increasing impact in international development, was conducted by Jigsaw and funded by the H&S Davidson Trust. Interviews with funders, opinion leaders and grassroots activists were followed by a survey of Alliance readers (largely funders and larger civil society organizations across the world), to identify factors that help and hinder progress in the field.

The results show that, while many organizations in the field extol the virtues of ‘systems change’ to meet external crises, this can’t be done if the field’s own systems don’t work. To set the context for this, I examined the history of international development, focusing particularly on women’s empowerment. 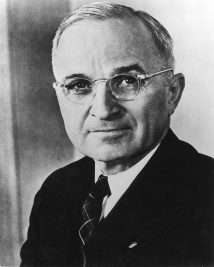 ODA was born in the aftermath of US President Truman’s inaugural speech in 1949. Credit: Wikimedia Commons

The roots of the problems lie in decisions taken in the 1940s. As world leaders planned the post-war period, they had confidence that they could rule from the top-down through a combination of goodwill, international agreements and new financial institutions. The Bretton Woods conference of 1944 set up the World Bank and the International Monetary Fund. In the same year, the British Colonial Office published a comprehensive plan “for the social, political and economic progress of colonial peoples.”

In his inaugural address in 1949, US President Truman coined the term “development” to: “…help the free peoples of the world, through their own efforts, to produce more food, more clothing, more materials for housing, and more mechanical power to lighten their burdens.”

This speech divided the world into three (the First World as the West, the Second World as the Communist Bloc, and the Third World as the Global South). The idea of Overseas Development Assistance (ODA) was born and international non-governmental organizations (INGOs) built themselves up to deliver it.

The failure of aid

In the 70 years since the invention of ODA, independent evaluations of its effectiveness can be described in one word: “failure.” There are so many references to “the failure of aid” in the academic literature that to list them would take many pages. Former World Bank economist William Easterly sums up what’s wrong: “Aid is the modern incarnation of the white man’s burden mentality of colonial times. This top-down approach has mostly been a disaster. It’s uncoordinated and unaccountable…It promotes western values and institutions that often can’t be externally imposed. It ignores past failures and embraces more of the same.”

While philanthropy differs from ODA in being smaller, private and more flexible, enabling it to support many creative initiatives, few foundations pursue long-term sustainable change. They tend to flit from one short-term project to another in search of the latest fashionable magic bullet. The faddishness has led Rutger Bregman, Winnie Byanyima and Anand Giridharadas to call out philanthropy’s “bullshit narrative.” In Giridharadas’ words: “…terms such as ‘social impact’ and ‘social venture capital’ and ‘impact investing’…are ways of encouraging us not to use words like ‘power’ and ‘justice’ and ‘dignity.’” 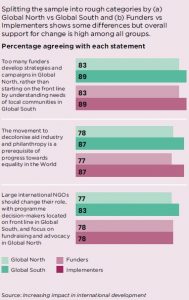 The most telling indicator of systems failure is that people on the front-lines of change are starved of resources. Despite continued growth in budgets for ODA and in philanthropy, the amounts that reach local people are minuscule.

To take a recent example of Covid relief, in June 2020 the Centre for Global Development reported that, of the $2.5 billion distributed through donor aid, local and national organisations had received only $1.7 million (0.07 per cent).[1] Similarly, a review by Humanitarian Outcomes of aid in Ukraine between March and May 2022 showed that informal volunteer groups provided virtually all humanitarian aid for people displaced by the conflict but received just 0.24 per cent of donations. International agencies had collected many donations but with few connections in Ukraine, were failing to spend the money.

Such findings border on scandalous. Yet, this is a well-known and long-standing problem that the 2016 Grand Bargain commitments on localization were designed to address. However, according to a study by Nils Carstensen, there has been no increase in funding to local and national organizations by signatories. 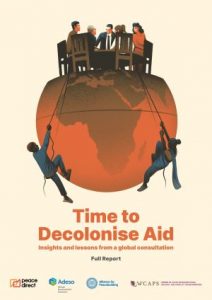 There are now increasingly vociferous demands to decolonise philanthropy, by addressing racism, emancipating women and reimagining INGOs. These perspectives come together in #ShiftThePower movement, which brings community philanthropy to the fore. Nearly all communities contain naturally occurring practices of mutual aid that support the principle of flourishing lives for all. Examples include Harambee in Kenya, Meitheal in Ireland, Renquin in the People’s Republic of China, and Bayanihan in the Philippines.

This movement is going from strength to strength, as it seeks more equal funding relationships, and encourages a transfer of power from development organizations to local people so that they can build assets, capacities and trust, which are key elements of sustainable communities. Giving for Change, a five-year programme supported by the Dutch Ministry of Foreign Affairs, is designed to accelerate the transition to new arrangements.

A watershed moment arrived in June 2022. The international development committee of the British parliament issued a scathing report on racism in the aid sector, warning that colonial mentalities are pervasive across charities and in government. The report says that in their public appeals, international aid organizations depict the communities they serve as “helpless and needy” and “strip them of their dignity”, while implying that countries in which they work are “inferior to the UK.” Such an official rebuke may lay the foundations for reform.

The H&S Davidson Trust is committed both to disseminating the results of the research and to encouraging a process of reform in the sector. There will be a six-month period of consultation, leading to a conference to be held in association with Alliance in February 2023.

As we face the worst poly-crisis in living memory, we can perhaps draw on Joanna Macy’s critique of the colonial mentality to support what she describes as “the great turning“. This involves developing different ways of being, doing, feeling and organizing, using two key personal qualities – compassion and wisdom.

Such qualities are largely absent in the bureaucracies of the aid sector but are often present in the activism of civil society. The study of women’s empowerment, for example, reveals the power of compassion and wisdom in Anne Firth Murray’s Paradigm found, a book describing the practice that led to the formation of the Global Fund for Women. The process rejects the typical bureaucratic ways of organizing through hierarchy, competition, objectivity and compartmentalization, in favour of going with the flow, reciprocal exchange, cooperation, subjectivity and inclusivity. The difference rests on Mary Parker Follett’s distinction between “power over” (a coercive force) with “power with” (a co-active force).

In the next six months, The H&S Davidson Trust, in association with Alliance, will bring together local people with people from funding agencies and development networks with the goal of creating a new configuration of allies who can find ways of making international development effective. Can we set aside our egos, logos, silos and halos, to support the great turning in favour of Martin Luther King’s “beloved community”, so that we develop societies based on justice, equal opportunity and love of humanity?

By: Barry Knight, Secretary to Centris Trustees and Adviser to the GFCF.