From cacophony to symphony: Pulling together around the 45° line 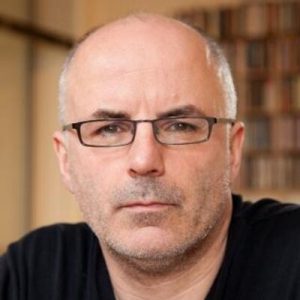 We know we need to change the world and we know that means we have to #ShiftThePower – but how do we do that? In his recent blog and paper, Barry Knight helpfully gets us to look to systems theory to think in new and different ways. But what is the context in which we are doing this, and what is actually going on out there in the field?

To help understand these issues, Compass, the UK-based ideas and action group that I direct, has been experimenting with the notion of 45° Change. The concept is simple. In an increasingly networked society, in which the remote state and free market fail to provide the means for us to be fully human and save the planet, people everywhere are finding more collaborative and cooperative ways of making progressive change happen. Because the technology that enables this kind of interaction and exchange is available globally, what’s happening isn’t confined to any sector or geography – it is universal. It creates a contested infrastructure where we can be more democratic and egalitarian – a world in which we can all know everything, connect to everyone and organize at the touch of a button.

But this emerging practice is happening despite the system, not because of it. It is fleeting and fragile. “Bubbles of freedom”, we might call them, that will eventually be ground down by the old top-down and/or free market system. To turn this cacophony into symphony requires the resources and legitimacy of the state – not to do things to us – but to provide the frame within which we can create the good society ourselves, together. The meeting point of this horizontal emerging practice and the vertical state is the 45° diagonal – the fault line through which a new society can be born.

So far so good. Since the publication of the 45° Change report in February 2019 there has been a lot of interest in the idea. It works apparently as a ‘heuristic’, meaning something that ‘enables a person to discover or learn something for themselves.’ You will have your own views about who is on the map and where they should be placed. But, broadly speaking, people get the concept of the diagram (which is featured below). Now we need to deepen the thinking, the understanding and the practice. 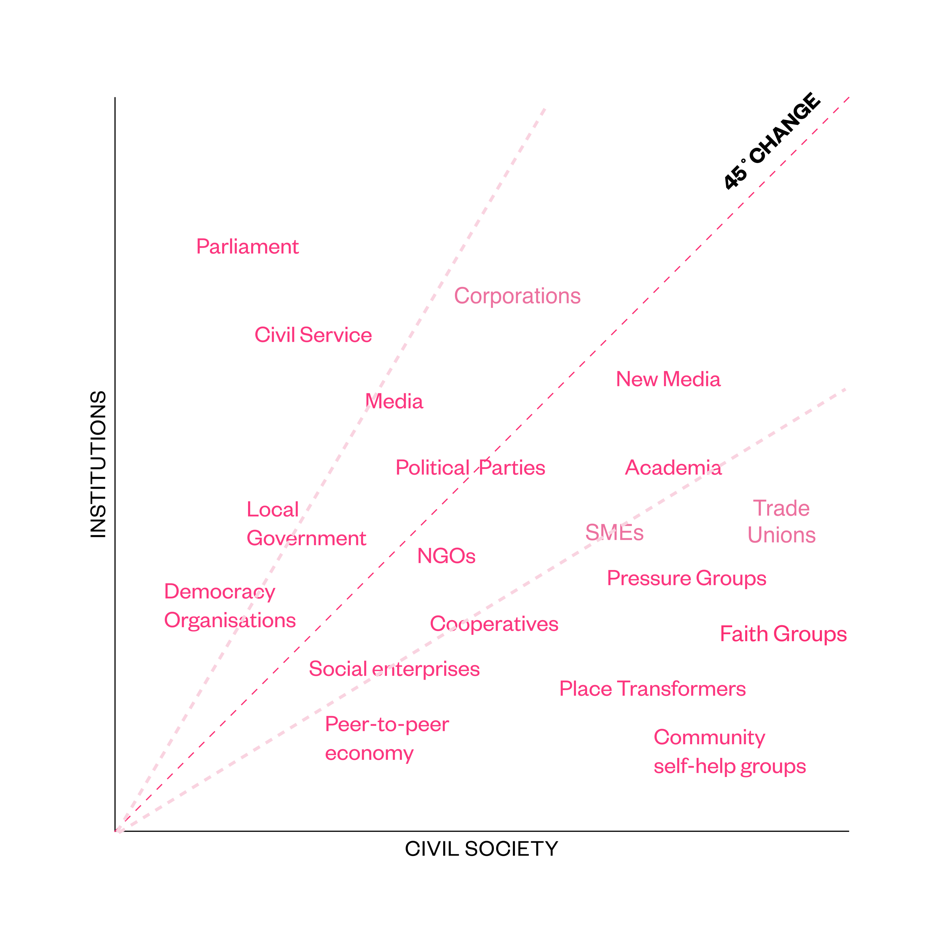 Through initiatives such as the webinars that GFCF ran a couple of weeks ago, which involved people from Moscow to Mexico, we have started to do just that. The diagram has been updated to include not just the 45° line but other meeting points between the state and civil society – depending on the local context. We have also added in corporations and SMEs, rightly so, as key participants in any transformative change.

At the Pathways to Power Symposium in London next week we can add to and share the thinking. What are we learning on the ground about 45° style change? Where is best practice and how can we best share it? How do we work better with each other? What is the nature of agency in this model (the universal networked citizen?) and, critically, what is the nature of 21st century leadership on both sides of the line – which honour and respect what others are doing?

We are at the foothills of a debate about how we can really transform society in the 21st century. It is both daunting and exciting – because it isn’t based just on ideas but real everyday practice. The trick isn’t any one concept, but an ecosystem in which we can share, learn, support and build together. Let’s do it.