Three months have passed since the Pathways to Power Symposium in London. The #ShiftThePower temporary tattoos that many of us wore with glee have long worn off. The “Manifesto for Change” tea towels – with nine points for building a future that is “negotiated, participatory and widely owned” – given to each participant are now scattered all over the world, some prominently displayed in offices, others busily drying the dishes at home. 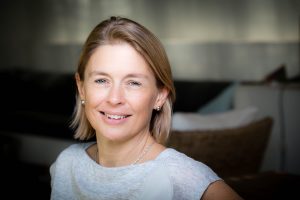 The goals of the Symposium were always ambitious. We wanted to bring together a diverse group of a hundred people who were all involved – in one way or another – in disrupting, democratizing and reimagining the current civil society funding system. We wanted to create a warm and welcoming space in which participants – in particular, people whose paths might not normally cross – could see, hear and interact with each other. The choice of the word “pathways” in the event’s name was deliberate. Conversations about shifting power, about working differently, about throwing out old models etc. are taking place in many spaces, but they are often internally-facing, siloed and unconnected from each other. Our thinking was simple, even basic, shaped by some “ground truths” that have emerged for us over the last few years in our #ShiftThePower journey.

Firstly, changing a system requires multiple actors and actions: single grants, programmes, or even networks on their own are just drops in the ocean. Complexity must rule. In the language of systems theory, this is called the principle of “requisite variety”: it states that if you face a complex problem, the means of resolving it must be more complex than the problem itself.

At the Symposium, we wanted to embrace messiness and difference. We wanted to start to map, analyse and organize the collective assets already distributed across the system, to start to establish a common thread between different kinds of potentially transformative work – between, say, the early efforts of a Ugandan human rights organization to mobilize local communities’ own giving, a growing network of southern humanitarian aid organizations and an international funder announcing their intent to shift power across all of their work. In that vein, we tried to bring together as diverse a group of people as we were able to, from our own and others’ networks. They came from very different places, literally and figuratively: from thirty or so different countries, from different sectors and movements, from organizations big and small, from the mainstream and from the edges, funders and doers, based in northern headquarters and at the community level. Most importantly, everyone agreed that they were “up” for a serious conversation around systems change. We would have no panels, no show and tell, just lots of conversations at tables, peppered with brief, focused, lightning talks.

“Manifesto for Change” tea towels around the world (L – R): at the Zambian Governance Foundation, on a bulletin board at the European Foundation Centre in Brussels & framed by the Bedfordshire and Luton Community Foundation

Secondly, while conversations around shifting power seem to be bubbling up across the system – both on the supply side (funders and big institutions) and the demand side (community-based) of the system – at the moment, the supply side stuff is far more visible and vocal. This is reflected in the buzz around “localization” and “safeguarding”, both of which are heavily shaped by hoops to be jumped through and boxes to be ticked to satisfy the demands of funders, rather than contributing to an infrastructure that is centred around people, and based on values of dignity, equity and social justice. Meanwhile, less noticeably, around the world, new ways of “doing and deciding” have also been quietly emerging from the ground up, inspired by a combination of urgency, frustration and opportunity and underpinned by notions of community assets, agency and trust. Supporting this kind of work – specifically, in the form of community philanthropy – has been the core work of the GFCF for over more than a decade. Although it is increasingly well-articulated and documented, much of this emergence remains largely invisible, beyond the gaze – perhaps even the imagination – of mainstream development.

At the Symposium, there were no big key-note addresses or long speeches. Instead, we sought to shine a light on that other – less-visible, emerging – world that, in the words of Arundhati Roy, is “possible and on her way” through, a series of short, lightning talks. They included the story of the Haiti Community Foundation, of the growing Lived Experience movement and of grassroots women’s philanthropy in Latin America. Each of them offered powerful examples – vivid and practical – of viable alternatives to the short-term, donor-driven, project-based system many are trying to break free from. In searching for new models, we wanted to show that we don’t need to start from scratch: they are already there.

What did people say?

A proliferation of blogs immediately followed the Symposium and a post-event survey was conducted (it’s still not too late to respond). We’ll be digging into the survey data in greater detail in due course, but a quick glance at the responses to date suggests a general agreement that the Symposium was successful in several ways, not least in bringing together an unusually diverse of group of people, in creating lots of positive energy and fostering new connections: people left feeling energized, hopeful, part of something bigger and ready to do more.

In the weeks after the Symposium, I asked a handful of people from different parts of the world – and of “the system” – to share their reflections on the event. These were some of their comments and, in brackets, my takeaways.

“The event was like an action think tank that everyone exchanged knowledge and know-how in a way that left us with a hope for a better future.” (This was from someone whose organization is isolated in various different ways, without close peers, swimming against the general civil society tide in their local context. It seems to emphasize the importance, both personally and organizationally, of creating spaces for people to come together with allies and feel part of something bigger.)

“The suggestion that #ShiftThePower should be a movement and not an industry. I can just imagine this becoming the next big catch phrase, like adaptive management, and I would not like to see that.” (This sentiment was expressed by a participant at the Symposium itself and was referred back several times in the course of the two days. It raises important questions: how to keep this work grounded, political, and framed in terms of solidarity rather than competition? Also, how to infect the mainstream without being swallowed up by it? This is something to keep an eye on.)

“Besides control, power and racism, the issues that are impeding structural change are connected to fear. Local CSOs, INGOs, donors etc. have a hard time visualizing a different and meaningful future for themselves if local communities ‘lead the way.’ Local CSOs are afraid to challenge those who hold the power for fear of being penalized. INGOs and donors are afraid to let it go. What if stakeholders could let go of their fear and envision a different future where they could all have a place and all win in favour of local communities?” (At some point, all this talk about power becomes personal: am I prepared to accept there might not be a role in all of this for me / my organization? We need to talk about fear and discomfort and address it head on – and to call out diversionary tactics about lack of southern capacity, the need for “experts” etc., which are all about maintaining the system as it is.)

Next steps – and how they must involve us all

Shifting power is not a single event and, as it was observed at the Pathways to Power Symposium, it mustn’t become an industry. Moving from the system we have to the one we want will be a long, slow process: we have a development paradigm that is out of date, a funding architecture that is costly, inefficient and demanding, and large swathes of civil society are still chronically under-resourced.

The Symposium was just a start. In the words of one participant: “There is a thirst, a deep hunger for structural change within a number of actors operating in various sectors. The fact that the event brought them together was very impactful as we tend to operate too much in silos. It was a good ‘push’ towards the beginning of ‘network building’ and ‘coalition building.’”

Things have already been moving. In addition to new connections and ongoing side conversations, for example, Jennifer Lentfer recently curated a wonderful set of online dialogues, Changing the narrative: Weaving #ShiftThePower throughout the #GlobalDev sector, and a fellow Pathways participant, Terry Gibson, has just produced a second series of podcasts, this time on the question What is community philanthropy?

There has also been movement on two other pathways that were flagged as critical blockages towards any efforts to transform philanthropy and international development: racism within the sector, and measurement. Last week, the new UK Diversity, Equity and Inclusion Coalition, which was launched back in October, met in London for the first time. And, for our part, the GFCF will continue to coordinate a series of broad-based learning circles focused on the question of measurement and metrics, and the apparent mismatch between what actually happens on the ground (often, “soft” indicators which speak to process, behaviour changes etc., in the context of complex situations) and the more linear, “hard” indicators that donors often demand. 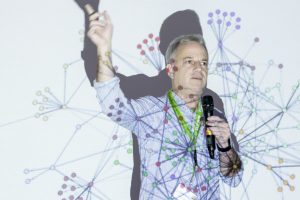 We are also working out how best we can curate an online “#ShiftThePower space”, where we can continue to weave between different threads, lines of work etc. together, and continue to welcome newcomers in. Working in partnership with Root Change and their Pando platform, we will also be using social network analysis to start to map our collective progress (by “our” I mean anyone – whoever and wherever they are – that wants to be part of this journey).

The GFCF is a small organization: we can play our part, but that won’t ever be enough. What happens next will depend on many of us, working across different issues, networks etc. all ready to offer conversations, experiences, news etc. back into the collective #ShiftThePower “pot”, so that we start to join up some dots, find points of intersection and organize both from the centre as well from the edges.

Whether you came to the Symposium or not, here are a few things you can do as part of the next steps: